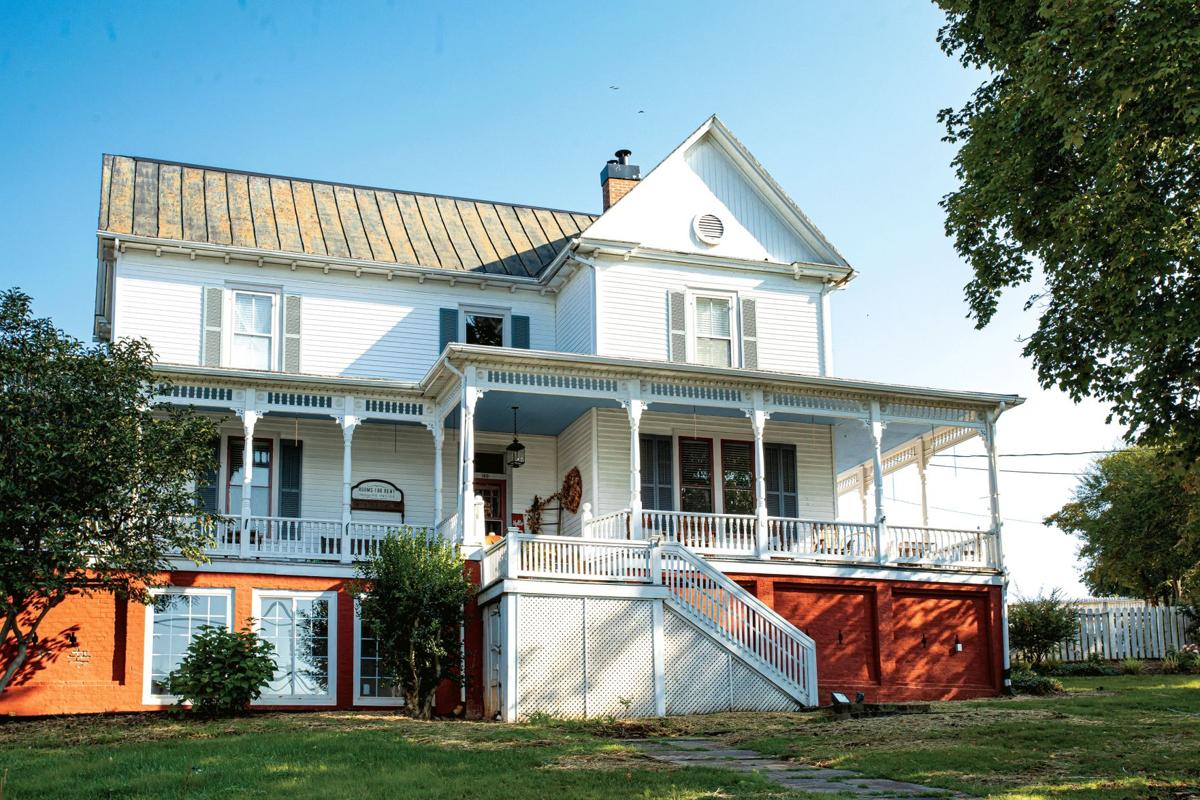 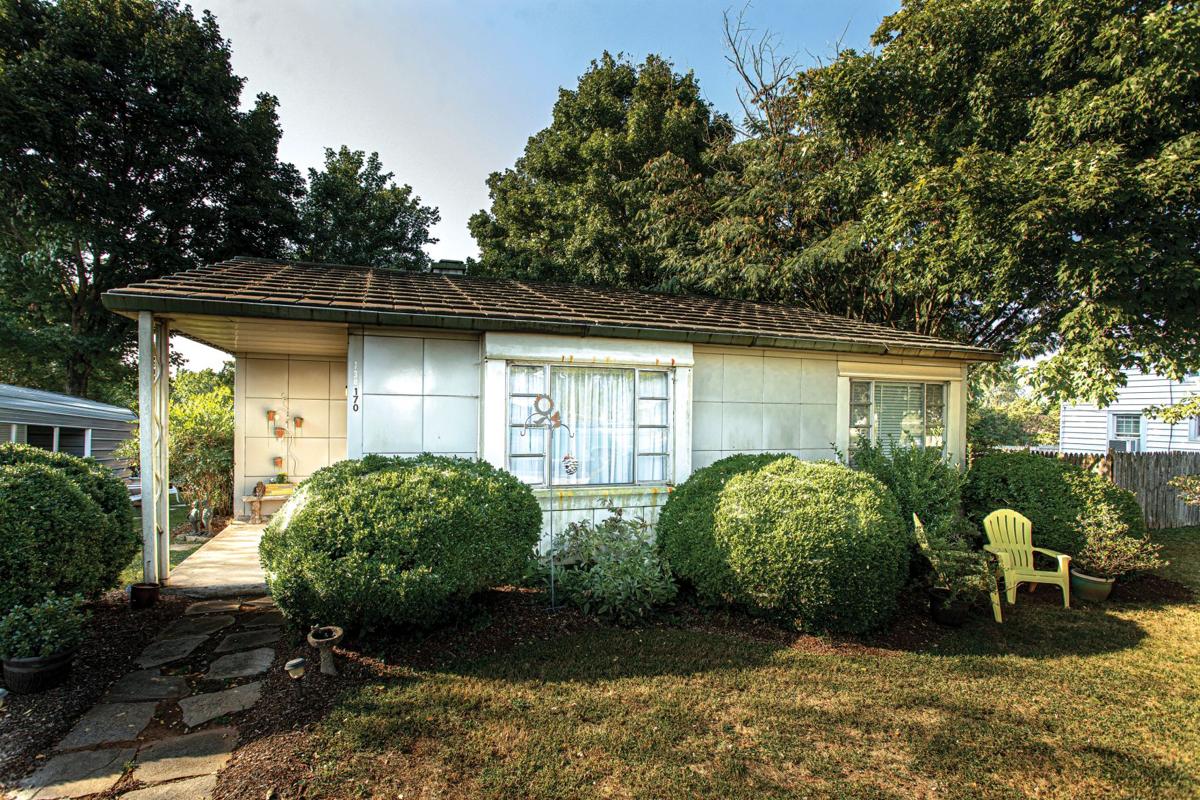 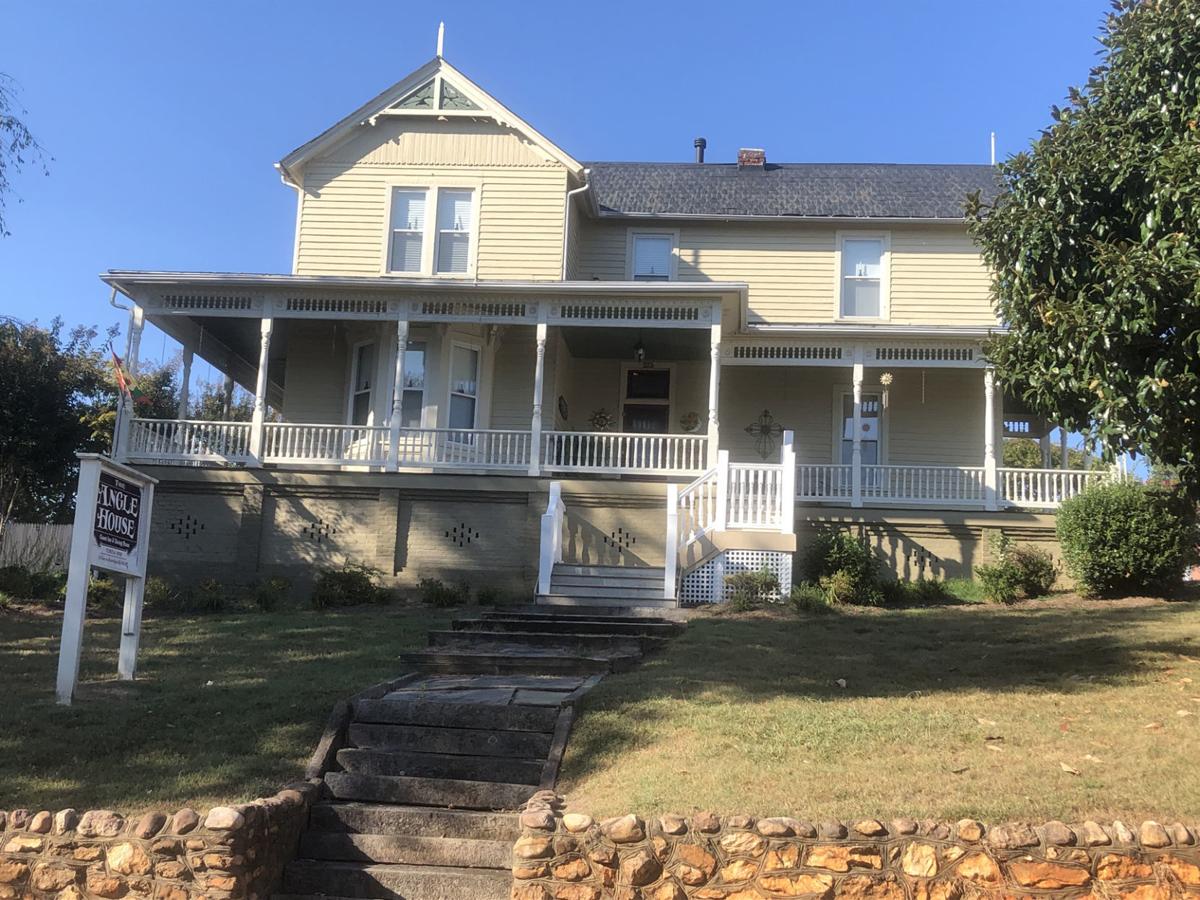 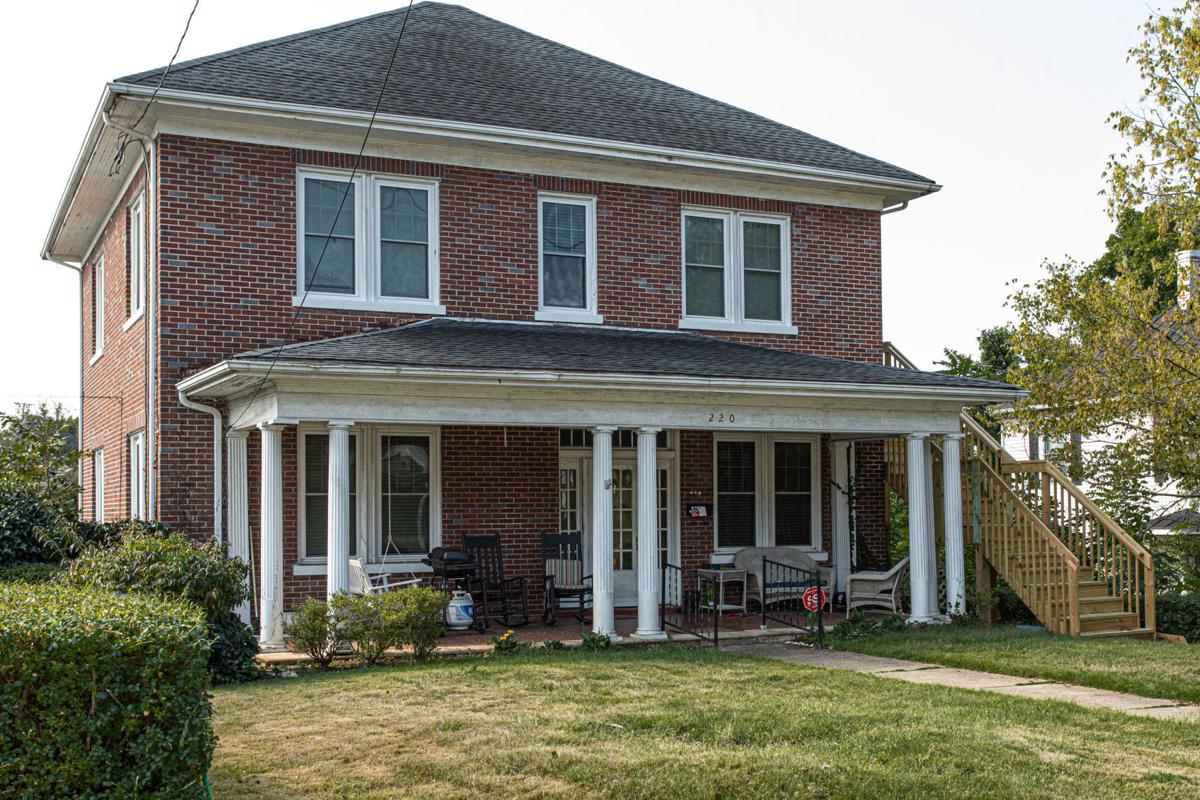 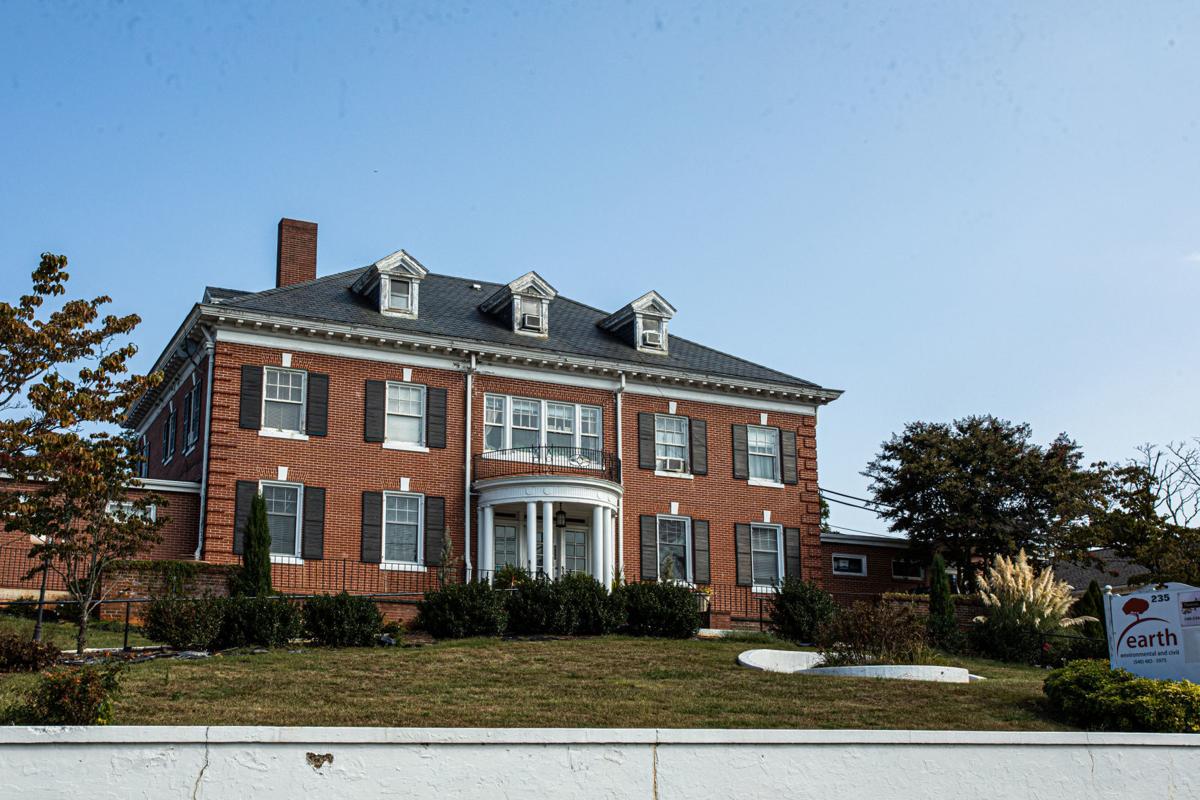 There is a treasure trove of historic houses in nearby Rocky Mount, and five of them will be decked out for the STEP Into Christmas Home Tour on Dec. 7.

This will be the second annual tour benefiting STEP (Solutions That Empower People), a nonprofit that serves more than 3,500 Southwest Virginia residents in need each year. Before the homes were decorated for the holidays, Laker magazine took a sneak peek at two of them.

Because this is a walking tour, the homes are all in close proximity on Claiborne Avenue and High Street, which is also the site of the historic cemetery where a costumed guide will tell stories about several Rocky Mount founders and other characters who are interred there.

The Claiborne House, built in 1895, was a single family home, then a rooming house, before becoming a bed and breakfast. It sits high on its lot, looking down toward what once was a valley but is now obstructed by tall trees across the street. The house has a three-sided wrap-around porch — 120 feet of it — inviting visitors to come and sit a spell in comfortable rockers under the porch’s Haint blue ceiling. The color, historically thought to ward off evil spirits, discourages birds from nesting in the decorative gingerbread at the top of the porch. The birds, it is said, mistake the blue for sky and decide this isn’t a protected place to build their nests.

Matthew Vann and Amy Worley Vann, who’ve owned Claiborne House for a year and a half, love to show off the many unique elements of this old house. They’ve even had one guest with a historic connection: she was the original owners’ granddaughter. Now 92 years old, she had many vivid recollections about the home and the additions it’s had over the years.

There are several fireplaces, with all the original mantels and woodwork around them. Overhead, there are interesting wooden-planked ceilings. Mahogany doors with beautiful leaded glass inserts lead into the library, the family room and the dining room, where the table is set awaiting breakfast guests. This table and a buffet complement the antique look of the house.

“When we bought the house, it was completely empty. We bought all the furniture. It’s all repurposed, recycled or reused, and we shop locally,” Vann said.

The owners’ main floor bedroom, bathroom and laundry room won’t be on the STEP Into Christmas tour, but visitors will see the main floor common areas, as well as the five guest bedrooms and baths plus the cottage, which features a guest bedroom and a bathroom, in a separate building out back.

Also behind the house, which was built on a double city lot, there is an outdoor kitchen and a patio, a spacious fire pit area and a large flower garden. An area that was once an orchard has become a parking lot that connects to High Street, just behind Claiborne.

Across High Street is the cemetery, which is included on the tour, and a few steps away from that is the Lustron house.

The Lustron House, a prefabricated, enameled steel house, was developed in the post-World War II era in response to the shortage of homes for returning soldiers. The home was invented by Carl Strandlund, a Chicago industrialist who had constructed prefabricated gas stations. Backed by government loans, the company set out to manufacture 15,000 homes in 1947 and 30,000 in 1948 at its Columbus, Ohio plant.

One tractor-trailer transported all the numbered porcelain enamel-coated steel panels to the building site. Exterior pieces were 2 feet by 2 feet and interior sections were 2 feet by 8 feet; all could be assembled in just one week. Even the roof was made of this material. The houses sold for about 25% less than comparable conventional houses.

The Lustron house was designed to be affordable, durable, built quickly and offer easy care — an owner would never have to paint it, inside or out. Built-in storage eliminated the need for a dresser, book shelves or a china cabinet.

This gray Lustron home (also available in blue, yellow or tan) was built in 1949 in Rocky Mount for C.J. Davis Sr. for $9,750. After Davis died, his son inherited it. Ultimately, the house was purchased in 2014 by Richard and Teresa Harrell. They love restoring old things — a 1966 Ford truck and a ’63 VW had already received their attention — and decided to take on the Lustron house. The first thing they did was apply a coat of wax to it, just like a person would do for a just-purchased metal car.

The house is built on a cement slab. The Harrells covered over the original asphalt tile flooring that was in disrepair with low-nap carpeting in a color similar to the tile. While they revamped the inefficient oil radiating heat system that was in the ceiling and added alternative heat, everything else in the house is original.

There are space-saving, built-in cabinets, as well as sliding closet doors and pocket doors that help the 1,021 square feet accommodate two bedrooms, one bathroom, a living room, a kitchen and a separate dining room. Everything is metal, and because steel walls did not take well to nails for hanging pictures, Lustron incorporated crown moldings from which pictures could be hung with wire.

For those who have lived in a home from that era, walking through this home is like a trip down memory lane. Teresa Harrell has acquired various items, including bowls, dishes, kitchen canisters, a cake plate, a mixer and a bread box, that are reminiscent of the time period. There is an original stove with double oven and a replica of the original refrigerator. The sink is more modern because the original one, which was combined with a dish washer/washing machine, was missing when the Harrells bought the home.

A new addition in the living room is the big screen TV, which will play a DVD about Lustron homes, titled “The House America was Waiting For.”

Although the Lustron Corporation had great plans to dot the country with what were sometimes called “lunchbox houses,” it manufactured only 2,500 before going bankrupt in 1950, according to the website Ohio History Central. Numerous Lustron houses were constructed in Virginia, including 60 at the Marine Corps military base in Quantico. Just two of those still exist and now are used for storage.

The tour also will include carolers and a stop at historic High Street Cemetery, where many of the town’s founders and characters are interred. Stories and information will be provided by the Franklin County Historical Society.

Tickets at www.eventbrite.com by searching Step Into Christmas Home Tour

» Nine area nonprofits that provide services are offered artificial trees to decorate in a theme that reflects the services they provide.

» Visitors can vote for their favorite trees by placing unwrapped toys beneath them. The tree with the most toys wins. The toys will be distributed through We Care of Franklin County to area children in low income families.

» Following the event, the nonprofits that decorated the trees will give them to a family in need.