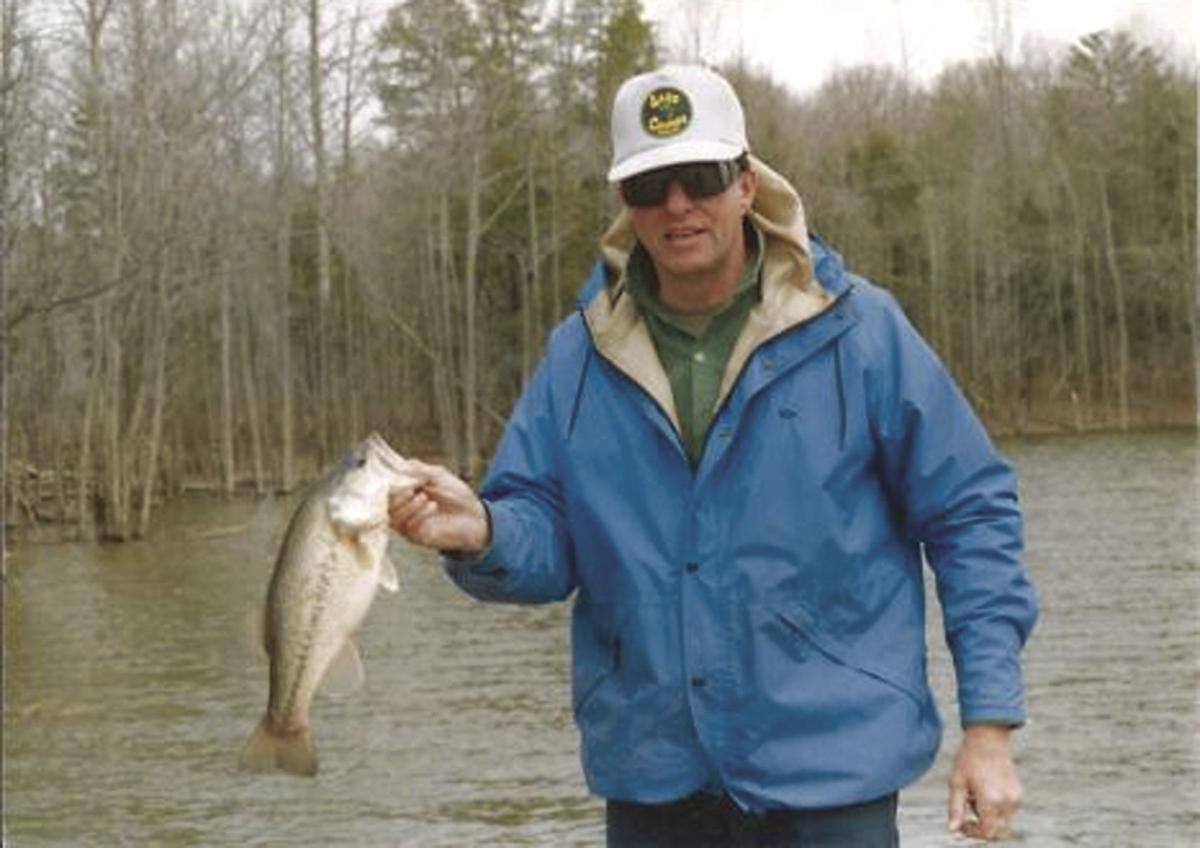 In the 1980s, Rich Wilson and Bud Kellerman (pictured), known to friends as the “Bass Chumps,” put their passion for fishing into print, publishing guides for rivers, lakes and reservoirs in Maryland, Pennsylvania, North Carolina and Virginia. Orders for their guide to Smith Mountain Lake began pouring in after a post on the Smith Mountain Lake Boating Facebook page in July. 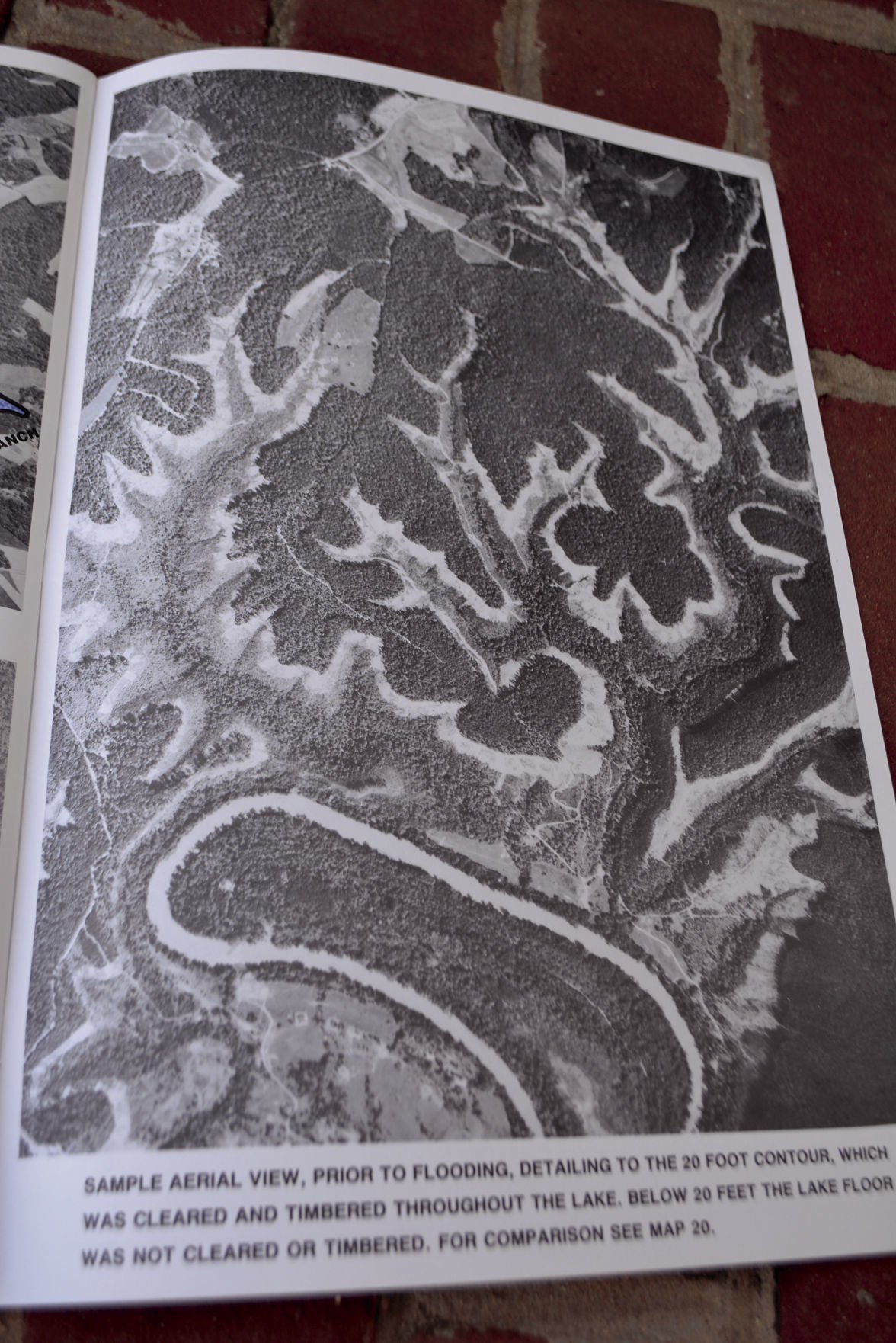 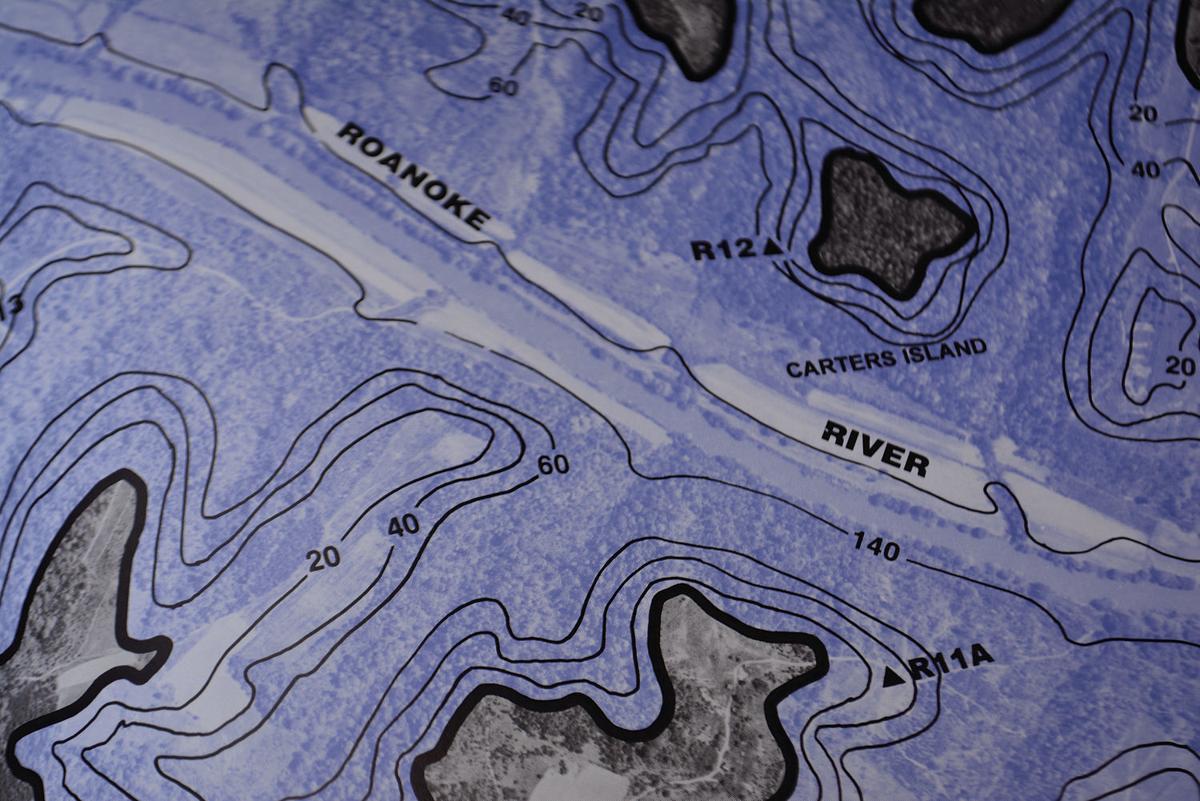 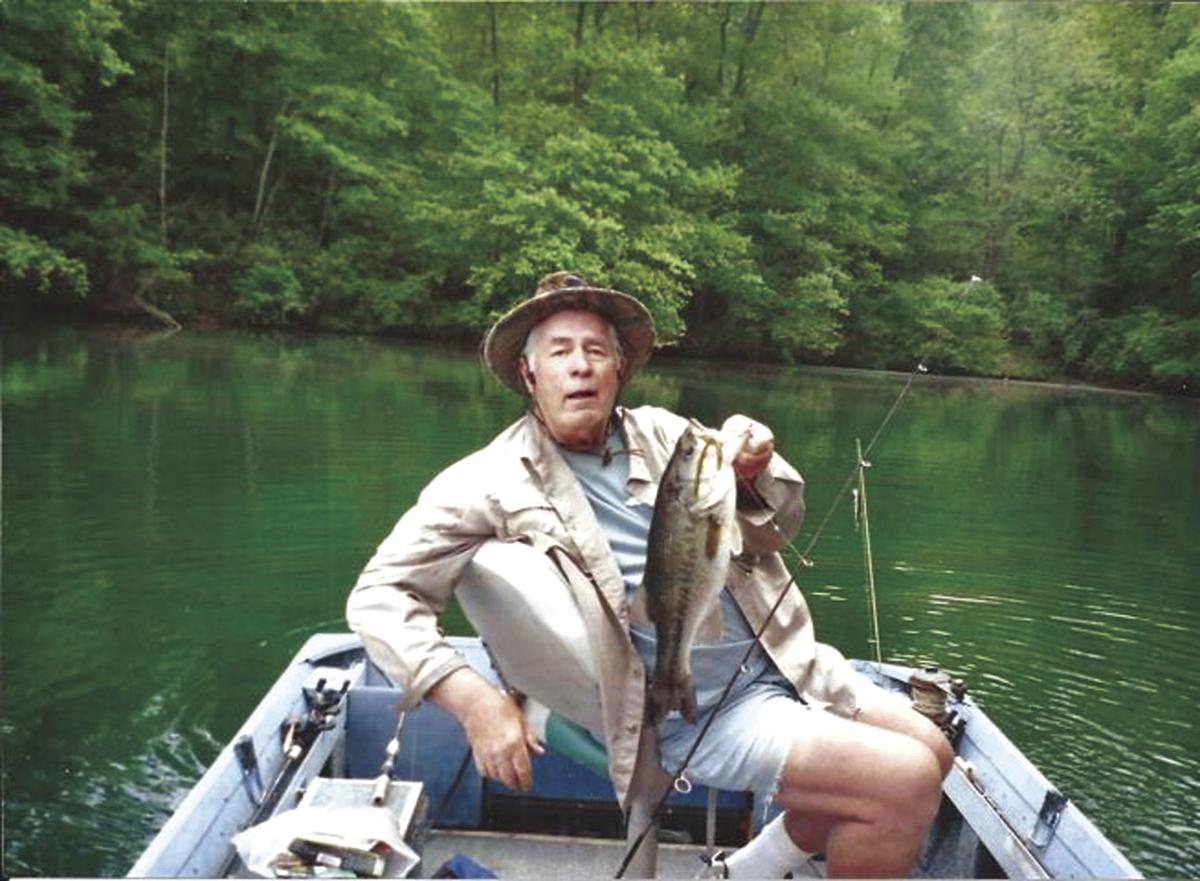 In the 1980s, Rich Wilson (pictured) and Bud Kellerman, known to friends as the “Bass Chumps,” put their passion for fishing into print, publishing guides for rivers, lakes and reservoirs in Maryland, Pennsylvania, North Carolina and Virginia. Orders for their guide to Smith Mountain Lake began pouring in after a post on the Smith Mountain Lake Boating Facebook page in July. 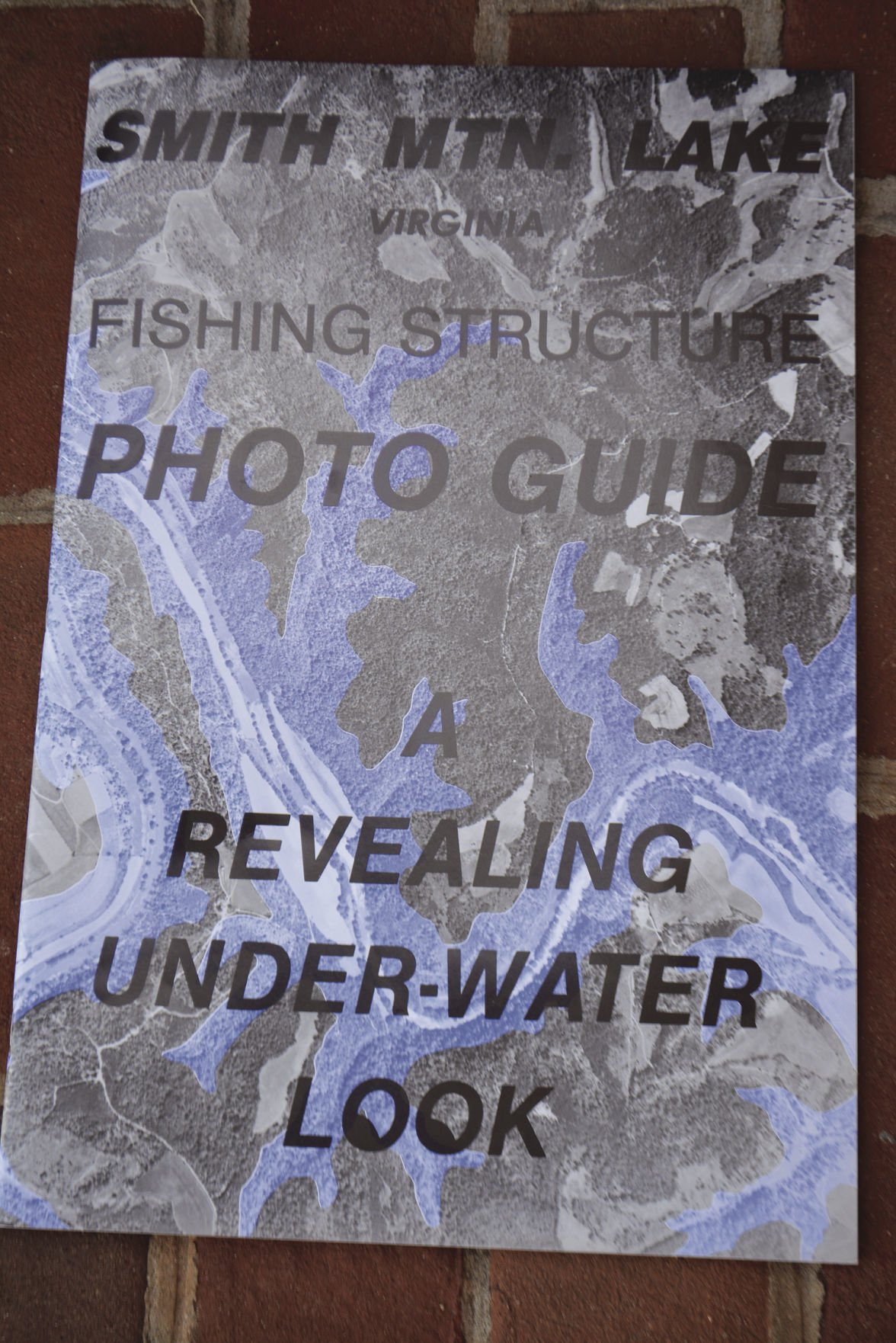 In the 1980s, Rich Wilson and Bud Kellerman (pictured), known to friends as the “Bass Chumps,” put their passion for fishing into print, publishing guides for rivers, lakes and reservoirs in Maryland, Pennsylvania, North Carolina and Virginia. Orders for their guide to Smith Mountain Lake began pouring in after a post on the Smith Mountain Lake Boating Facebook page in July.

In the 1980s, Rich Wilson (pictured) and Bud Kellerman, known to friends as the “Bass Chumps,” put their passion for fishing into print, publishing guides for rivers, lakes and reservoirs in Maryland, Pennsylvania, North Carolina and Virginia. Orders for their guide to Smith Mountain Lake began pouring in after a post on the Smith Mountain Lake Boating Facebook page in July.

With more than 4,400 followers on the Smith Mountain Lake Boating Facebook page, a photo can generate lots of attention. That’s exactly what happened in July when Christopher Bechtler, the page’s administrator and manager of Crazy Horse Marina in Scruggs, posted a photo of a dog-eared, black-and-white book titled “Smith Mountain Lake, Virginia Fishing Structure Photo Guide: A Revealing Underwater Look.”

“This map book is extremely cool, shows structures which [sic] were in the flood zone when the lake was formed. Does anybody else have a copy?” Bechtler asked.

That July 24 post generated more than 130 likes and comments, including one with a link to where the guide could be purchased.

Nearly a week later, Katie Kellerman, who lives in Maryland, helped solve the mystery about the book. Her father, Bud Kellerman, and uncle, Rich Wilson, who were nicknamed the Bass Chumps, had created the map in the mid-1980s. It was one of nearly two dozen that Kellerman and Wilson published and sold to area businesses.

Bud Kellerman, now 76, and Wilson were not only relatives, but also best friends. The cousins grew up together and married two sisters, making them brothers-in-law as well. “We did everything together,” Kellerman said. “We hunted; we fished; we camped.”

The duo’s fishing adventures took them all over the East Coast, and they became well-known on tournament circuits. In 1981, when the water level at Prettyboy Reservoir in their home state of Maryland was lowered by 25 feet, Kellerman and Wilson, a photographer, got the idea to walk the lake’s shoreline and photograph what had been hidden under the water for a half-century.

“We walked around that whole lake, which is about 50 miles of shoreline,” Kellerman recalled.

“It took about three or four weekends.”

Through photographs, they documented where there were foundations, stumps and rocky points. “We came up with the idea of trying to put them in a book,” Kellerman said.

At the time, Wilson worked at Universal Lithographers, a company that printed educational books. With their photos compiled, they piggybacked printing their book with another one, saving money on ink and costing them only the paper it was printed on.

The 51-page book, “A Photographic Guide to Prettyboy’s Fishing Structure,” showcased points along the reservoir and gave users tips on where to fish based on what was beneath the water.

“Due to the abnormal drawdown of the lake during the 1981-82 Winter, and the subsequent Spring recovery, the points should become very active for, perhaps, the next 2 or 3 years,” the guide noted. “Once the fish are taken and the water level remains at normal pool, look for the structured shorelines for substantially improved fishing.”

The idea for using aerial photographs gained traction after the two took a trip to Lake Marburg in Pennsylvania, and Kellerman spotted a photograph of the site of the lake in a shop. A line had been drawn around that photo to illustrate the land before the lake came to be.

“On the wall was an aerial photo of the area before the lake was built,” he said. “That was when I suggested putting an aerial map and a contour map together.”

After doing some research, Kellerman discovered that aerial photographs were available through the Aerial Photography Field Office, a division of the Farm Service Agency of the U.S. Department of Agriculture. He called the office in Salt Lake City and spoke to Linda Cotter, who works in the office’s customer service division. “We told her what we wanted, and she kind of guided us,” he said.

To obtain topographical maps, they contacted the U.S. Geological Survey.

But there was a problem: The photographs and the maps weren’t the same scale. To solve that, Wilson placed his camera at one end of a room and a contour map on a board with tracks. He would slide the board to get the topo maps to the scale of the photos.

“Then he would make a positive out of that,” Kellerman explained. “The film is clear, and the lines are black, so we would be able to put that positive over top of the aerial photograph.”

The first photo map book they created was of Lake Anna, which took about three months to put together. “It wasn’t a business-business,” explained Kellerman, who was a patrolman for the Maryland State Police at the time. “I worked shift work, so we decided that this was just going to be a hobby.”

Because fishing took them all over the Mid-Atlantic, Kellerman and Wilson created and published guides for rivers, lakes and reservoirs in Maryland, Pennsylvania, North Carolina and Virginia. They set up a website, as well as sold their maps to businesses.

For the Smith Mountain Lake guide, which measures 11 inches by 16 ½ inches, they found photos of the area from 1959, before the dam was built. “We looked and, lo and behold, we got photographs just when they started construction,” Kellerman said.

The two continued their hobby of fishing together and selling their guides until 2012 when they both developed health problems. Sadly, Wilson died of cancer the following year.

Fast forward to this past July. While Kellerman was on vacation in upstate New York, he began receiving alerts that money was being deposited into his PayPal account that had been set up for the fishing guides.

“We were in Cooperstown watching my grandson play ball, and all of a sudden, I started getting all these orders for Smith Mountain Lake,” he said, thinking at first it was a joke or an error. Instead, it was because of Bechtler’s post.

After returning home from vacation, Katie Kellerman posted to the Facebook page: “The ‘business’ is still around, but our presence is not what [sic] it was. As one person stated, they got the map in 1985, so my dad is no spring chicken. I will be working with my father to get those already ordered shipped out. If anyone is still interested please let me know. In addition to SML, there are many other maps available, too many to list.”

Since then, Katie Kellerman said she has been packing and shipping out the orders. “The maps have been sitting in our basement for years,” she said. “Once Uncle Rich died, he [Kellerman] stopped calling all the stores to see if they needed any more. But he would not get rid of the maps. He wasn’t ready to close that chapter.”

With the renewed interest in the guides, Bud Kellerman said he’s glad that he didn’t get rid of them, although it makes him miss his longtime buddy and cousin. “It was fun, but it was fun with Rich,” he said. “Now this whole thing has been rejuvenated; I just wish Rich were here to see it.”