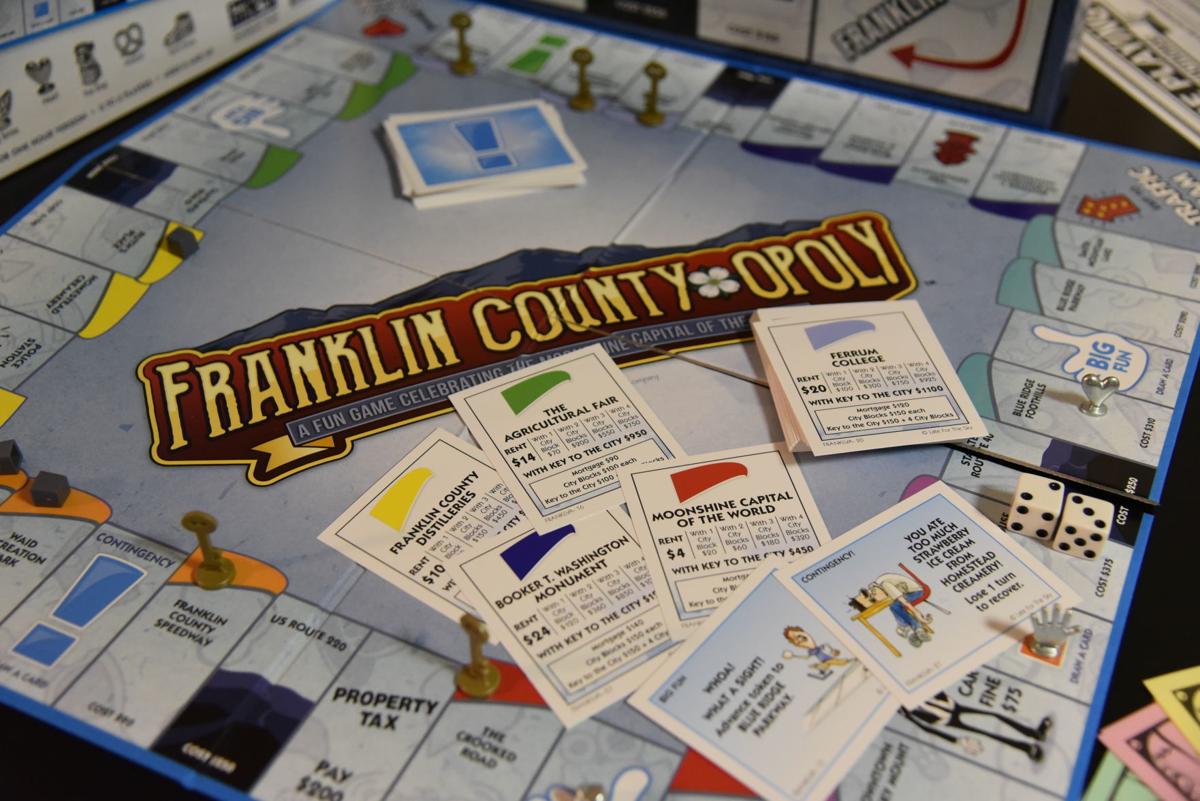 Much of the board game is similar to a regular game of Monopoly. 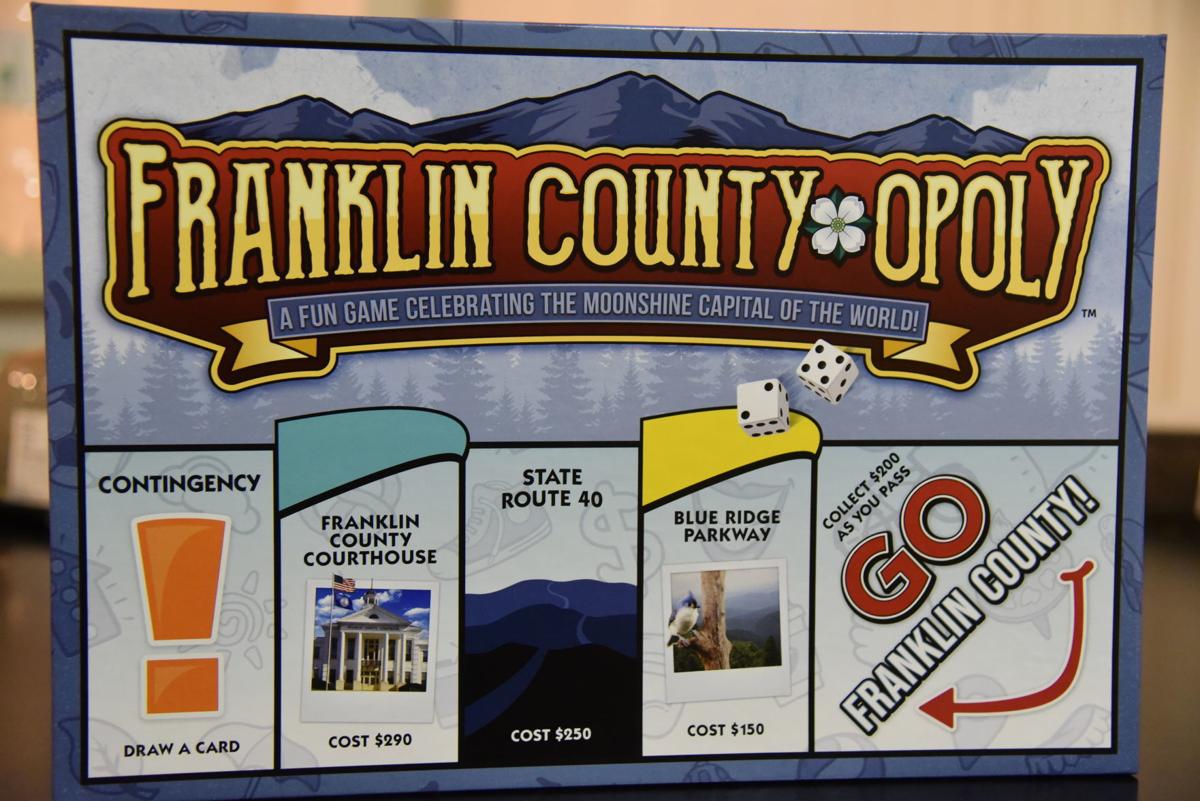 Much of the board game is similar to a regular game of Monopoly.

Created and released last month, the game showcases favorite landmarks and many well-known parts of Franklin County. The games are launched exclusively at Walmart in Rocky Mount.

The Franklin County-Opoly games are made in Cincinnati, Ohio by Late for the Sky Production Company. Late for the Sky started in 1985 by making licensed, collegiate board games with a property trading theme. The company has no affiliation with Hasbro, the makers of Monopoly and does not use any of its protected trademarks.

Bill Schulte, one of the owners of Late for the Sky, explained the company researches an area to localize each version of the game.

“We try to make the content as authentic as possible,” Schulte said. “So, we are reaching as many people as we can. We launch the sales exclusively at the local Walmart store in Franklin County. Naturally, Walmart likes to connect to their local customers, and everyone appreciates the fact that the games are made in the USA. Several other Virginia cities are on the drawing board for developing and manufacturing.”

The store initially received 360 games and more have been ordered.

Michael Schulte, marketing manager of Late for the Sky and son of Bill Schulte, said the company is “extremely proud” the game is made in the USA.

“It’s a rare entity in the toy and game industry,” he said, adding that since the games are made domestically, they can be shipped quicker than imported games.

From eateries, including Homestead Creamery and Ruth’s Place and scenic spots such as Smith Mountain Lake and the Blue Ridge Parkway to gathering venues like the Harvester Performance Center and the Rocky Mount Train Depot, Franklin County-Opoly covers places that are near and dear to folks who call Franklin County home.

The game was released in 1986 for the county’s bicentennial. It was created by a Junior Achievement Company, “The Eagle Achievers,” and sponsored by Standard Register.

According to an April 2017 article by Encyclopedia Britannica, Inc., Monopoly is the best-selling, privately patented board game in history. It gained popularity in the United States during the Great Depression when an unemployed heating engineer, Charles B. Darrow, sold the concept to Parker Brothers. Homemade versions of a similar game had appeared before in many parts of the U.S. In 1991, Hasbro bought the rights to the game.

Hasbro reports that more than 250 million sets of the game have been sold worldwide. It is published in 27 languages and licensed in more than 81 countries.

Late for the Sky is quite experienced in crafting city games, having made about 600 of them. Michael Schulte said the games do well because of “civic pride — people want to be able to play a game they all know that’s about their hometown.”

Franklin County-Opoly retails for just under $20 and is only available at Rocky Mount’s Walmart. The games went on sale the end of the third week of May and were sold out within a week. More have been ordered, according to a store associate.