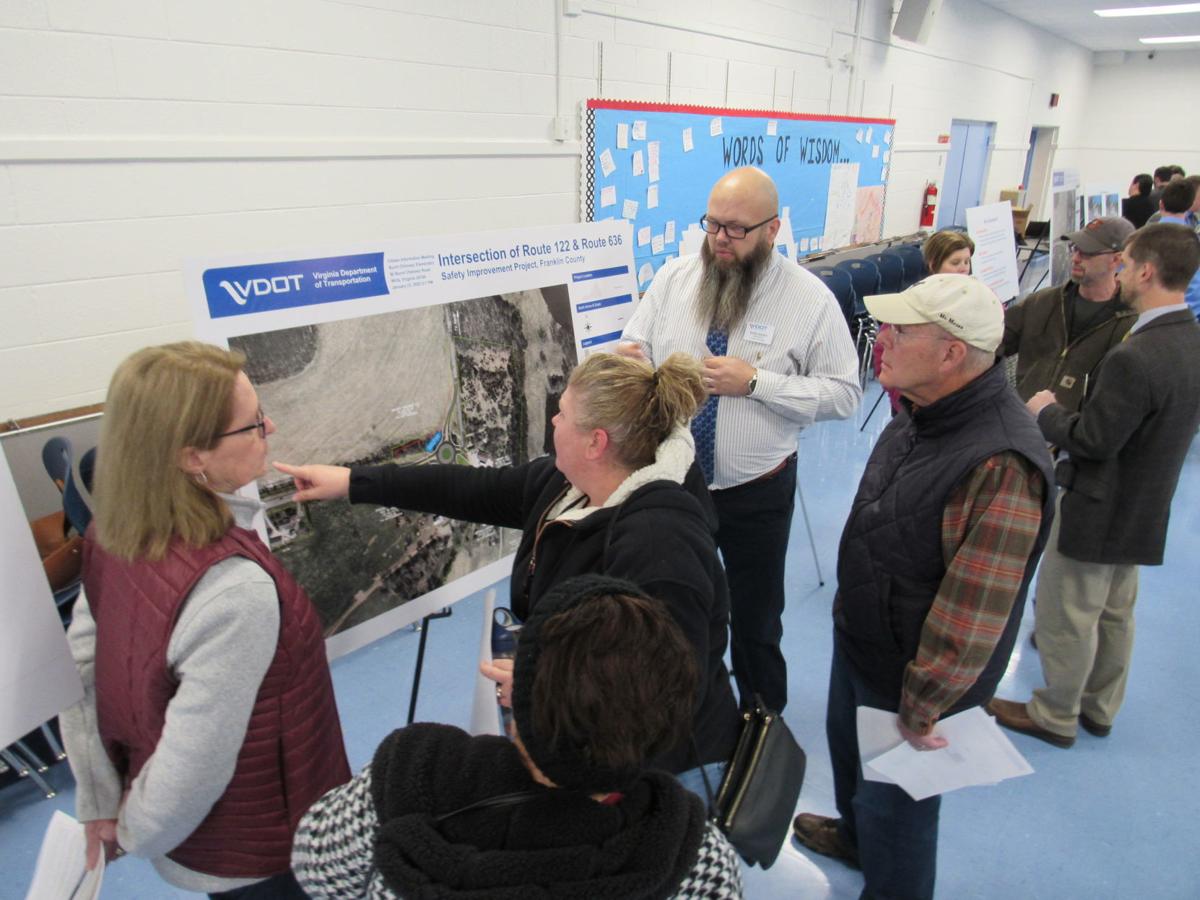 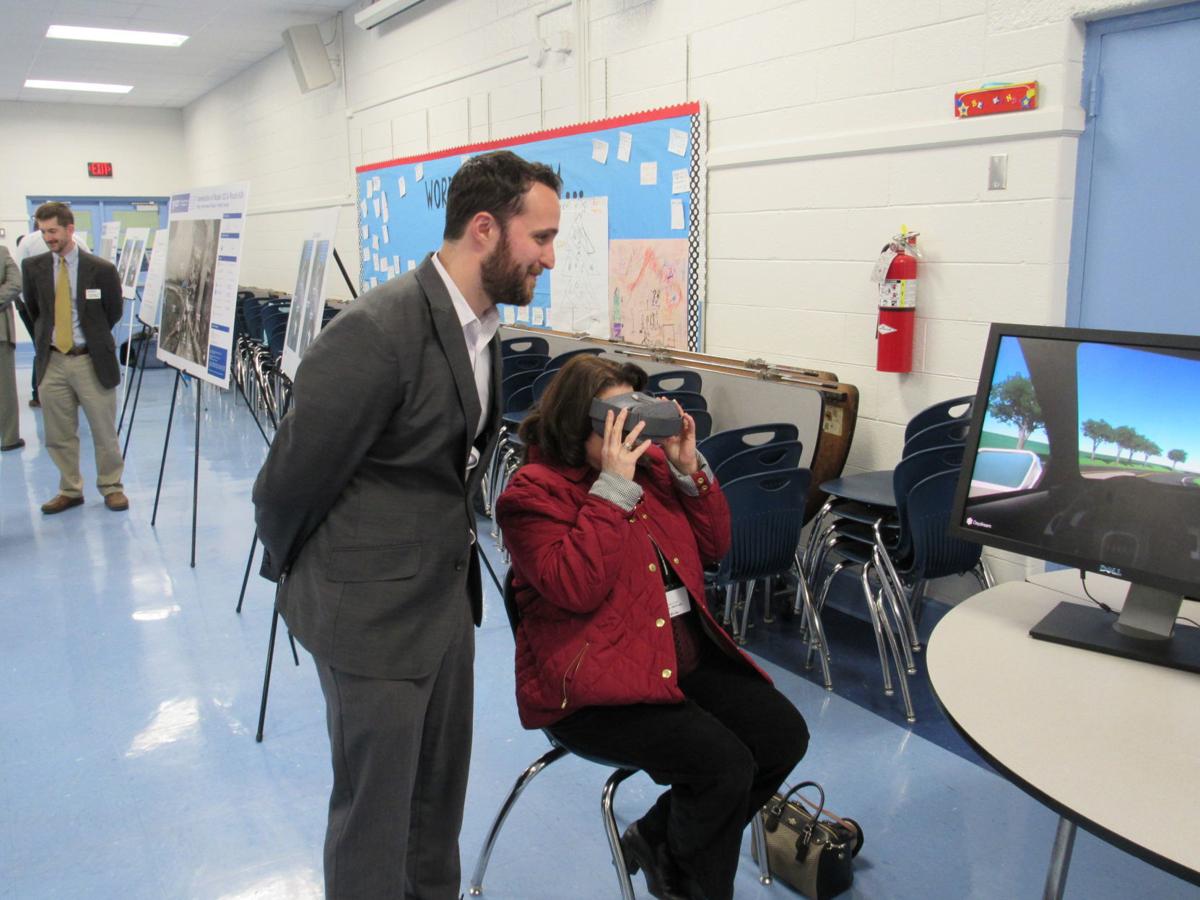 VDOT traffic engineer Nathan O’Kane gives Lisa Cooper a virtual reality rendering of what driving on the proposed roundabout would be like.

VDOT traffic engineer Nathan O’Kane gives Lisa Cooper a virtual reality rendering of what driving on the proposed roundabout would be like.

A Jan. 23 open house hosted by the Virginia Department of Transportation gave the public an opportunity to ask questions and see details of a roundabout proposed at the intersection of Virginia 122 and Hardy Road.

Nearly 100 people attended the open house at Burnt Chimney Elementary School. Opinions varied on whether the roundabout was a good idea, but most agreed that improvements were needed to make the intersection safer.

“I just want something that will be safe,” said Rocky Mount resident Jay Prillaman, who travels through the intersection often.

Hardy resident Wayne Calhoun said he was concerned that the proposed completion date of late 2021 for the roundabout would not be soon enough.

“There will be people losing their lives at that intersection in those two years,” Calhoun said.

Others attending the open house voiced opposition to the roundabout and asked for a traffic light instead. “It needs a traffic light,” Hardy resident Diane Cooper said. “I can’t see that a roundabout is going to work.”

Cooper said she was disappointed that VDOT decided on a roundabout for the intersection without garnering input from the surrounding community. The Jan. 23 open house was the first opportunity residents were given to discuss the proposal with VDOT officials.

Following a fatal crash last August, VDOT reevaluated the intersection and determined that the predominant crash type had changed, according to VDOT spokesman Jason Bond. Rear-end collisions had decreased while angle crashes had increased, with left-turn crashes from Hardy Road onto Virginia 122 nearly doubling.

Previously proposed improvements of a new northbound left turn lane and a longer turn lane from southbound Virginia 122 were scrapped. VDOT is expected to bring the proposal for the roundabout to the Commonwealth Transportation Board, which oversees funding of state transportation projects, in March.

Bond said a roundabout reduces the number of points where vehicles can cross paths and minimizes the potential for right-angle and head-on crashes because all movements are right turns. VDOT also plans to construct a curve in each of the roads as they approach the roundabout, forcing a reduction in speeds as vehicles enter.

If approved by the Commonwealth Transportation Board, Bond said construction could begin as early as spring of next year and be completed by the end of the year. With much of the construction for the roundabout planned adjacent to Virginia 122 and Hardy Road, Bond said minimal traffic delays are expected during construction.