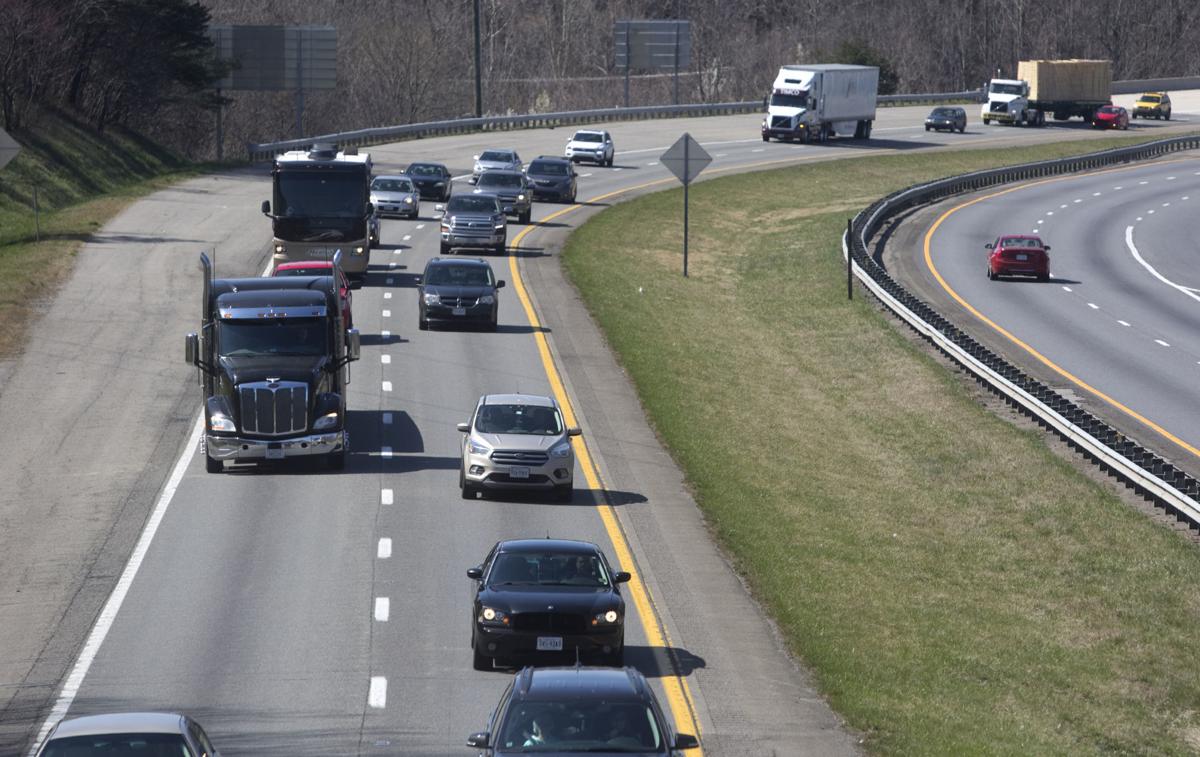 Interstate 81 traffic in Roanoke County. Rural counties that border the I-81 corridor are balking at a change in state law that requires them to raise fuel taxes for I-81 improvements. 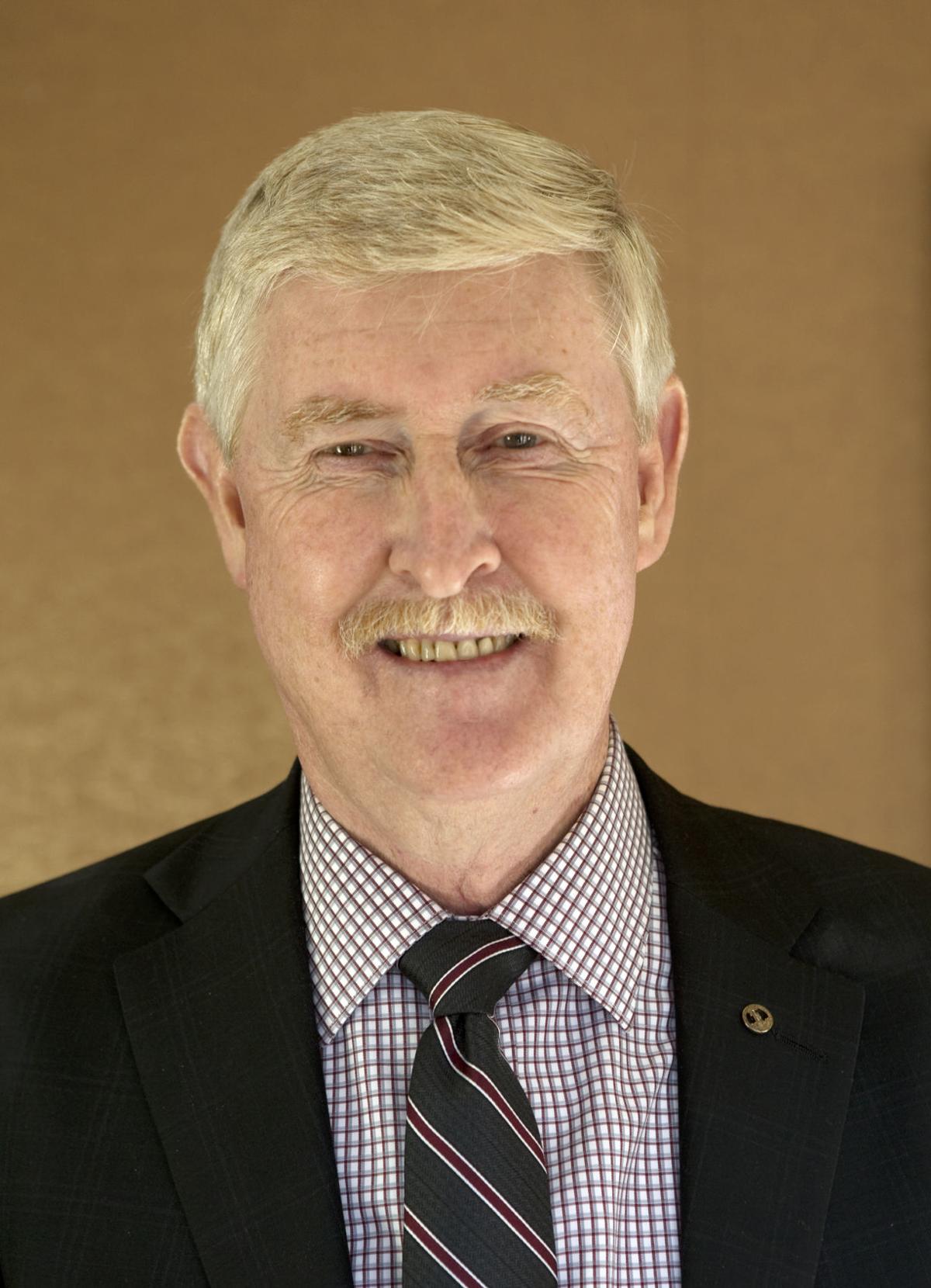 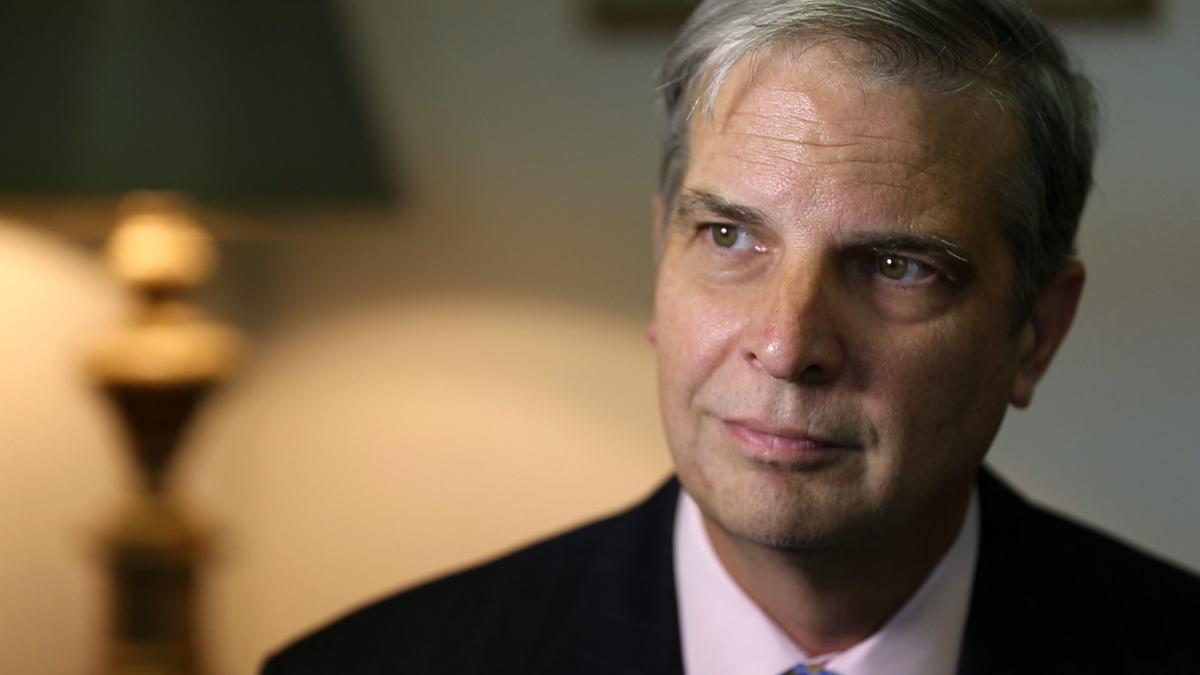 Local government officials in counties that Interstate 81 does not pass through are balking at raising gas taxes, as required by a new state law to fund improvements of the highway.

A number of boards of supervisors have adopted or are considering resolutions expressing opposition to increasing their fuel tax rate by approximately 7 cents per gallon and urging the General Assembly to reevaluate the legislation, which went into effect in July.

In April, the General Assembly passed budget amendments from Gov. Ralph Northam that created a way to pay for I-81 improvements. They include a number of strategies, such as the addition of a 2.1% wholesale tax on gas and diesel in localities along the I-81 corridor.

The I-81 corridor fund will receive about $60 million a year from the regional fuel tax, which will be levied in 36 jurisdictions within five regional planning districts in the corridor spanning the length of Western Virginia. This is similar to the regional taxes approved in 2013 for Hampton Roads and Northern Virginia.

The money generated will go directly toward funding $2 billion of road improvements, which includes widening sections of I-81, lengthening access ramps and making curve improvements.

Interstate 81 stretches approximately 325 miles between Bristol and the West Virginia line just north of Winchester. A dozen counties the interstate doesn’t pass through are subject to the regional fuel tax.

Floyd County was the first to adopt a resolution in opposition to the tax, which it did in July. The document says there was not adequate time for public input, since the map of affected areas was not revealed until after the law was passed and signed by the governor.

After the board of supervisors passed the resolution, Floyd County Administrator Terri Morris initiated contact with other counties in the same position and encouraged them to consider something similar.

Though the possibility of a regional fuel tax was raised months ago, Morris said Floyd County didn’t realize it would be affected until recently, prompting the board of supervisors to voice its opposition now.

“Basically it’s because we just found out about it,” she said.

The board of supervisors agree that improvements need to be made, Morris said, just not with the funding mechanism designed to do so.

Bland, Bath, Carroll, Grayson and Page counties all have followed Floyd County’s lead and adopted resolutions. Giles, Craig, Highland and Alleghany counties will consider a resolution at upcoming meetings, some this week.

The Franklin County Board of Supervisors considered adopting a resolution Tuesday, but ultimately decided to table the issue until after the November elections, when all 140 General Assembly seats are on the ballot. Still, supervisors expressed their opposition to the tax.

Gills Creek District Supervisor Bob Camicia described the issue as a “political football.” He acknowledged improvements needed to be made to I-81, but said the solution offered was not fair, a sentiment echoed by others on the board.

The language in the various resolutions proposed and adopted varies some, but generally they say the tax burden should be shared by all localities rather than just those along the I-81 corridor.

Several note that a large portion of their work forces travel outside the county, meaning the gas tax “places a financial burden on already fiscally stressed persons.”

Many also state opposition to the tax unless the money collected from the adjacent localities could be used for primary and secondary improvements on other highways within their counties.

However, the funding can’t be redirected to projects outside of the Interstate 81 plan approved by the Commonwealth Transportation Board. Doing so would trigger a “kill switch” that would dissolve the revenue sources the General Assembly enacted.

Del. Terry Austin, R-Botetourt, and Sen. Mark Obenshain, R-Rockingham, said Tuesday it’s important to keep in mind that with the establishment of a funding stream for I-81, the highway no longer will have to seek money through Smart Scale, a program that provides state funding for transportation projects. These localities should compete for Smart Scale funding for their transportation needs, they said.

Austin, who played a crucial role in the getting the final legislation passed, said he understands the reactions from local governments about not wanting to be subject to taxes.

But he said these adjoining localities should be invested in the condition of the highway, arguing it’s important to their economies. “The goods they are buying at their grocery stores are getting there from I-81,” Austin said Tuesday.

He also said that even if some people say they don’t use I-81 that often, they should want the highway safe for when friends and family members are traveling on it.

Obenshain said Tuesday he planned to propose legislation when the General Assembly convenes in January to exempt the localities that I-81 doesn’t travel through from paying the regional fuel tax, though not necessarily in response to this effort by the local governments.

Obenshain has been a major player in figuring out a way to fix I-81. He carried the original legislation during the legislative session earlier this year to impose tolls on the highway. Due to a lack of support from lawmakers, that plan was gutted and reduced to a study.

Northam sent amendments to the legislation to put in a funding mechanism, which included the regional taxes. Obenshain did not support taxes from the beginning, and when he voted on Northam’s plan, he voted against the parts that proposed raising the fuel tax.

Obenshain and other lawmakers were bothered by adjoining localities being subjected to the fuel tax.

If localities were to become exempt from the fuels tax, it’s not immediately clear how much less revenue would be brought in each year.

The newly formed Interstate 81 Committee, which is made up of legislators and local and transportation officials, met last week in Lexington to discuss how to proceed with financing highway projects. Multiple committee members, including Obenshain, voiced support for using the regional taxes to raise money in bonds.

Under the current funding plan, regional taxes could be used to raise about $550 million in bonds for projects along the I-81 corridor. The General Assembly has to authorize their use.

The Interstate 81 Committee is expected to meet at least one more time before it delivers a year-end report to the General Assembly.

The journey featured some twists and turns, but on Monday a new law will go into effect sett…

Northam, with I-81 near Salem as backdrop, pushes for gas tax increase to fund improvements

Gov. Ralph Northam has pitched one final plan on how to start securing some of the money for…

ROCKY MOUNT — A month after celebrating the start of construction for the first business at Franklin County’s Summit View Business Park, offic…